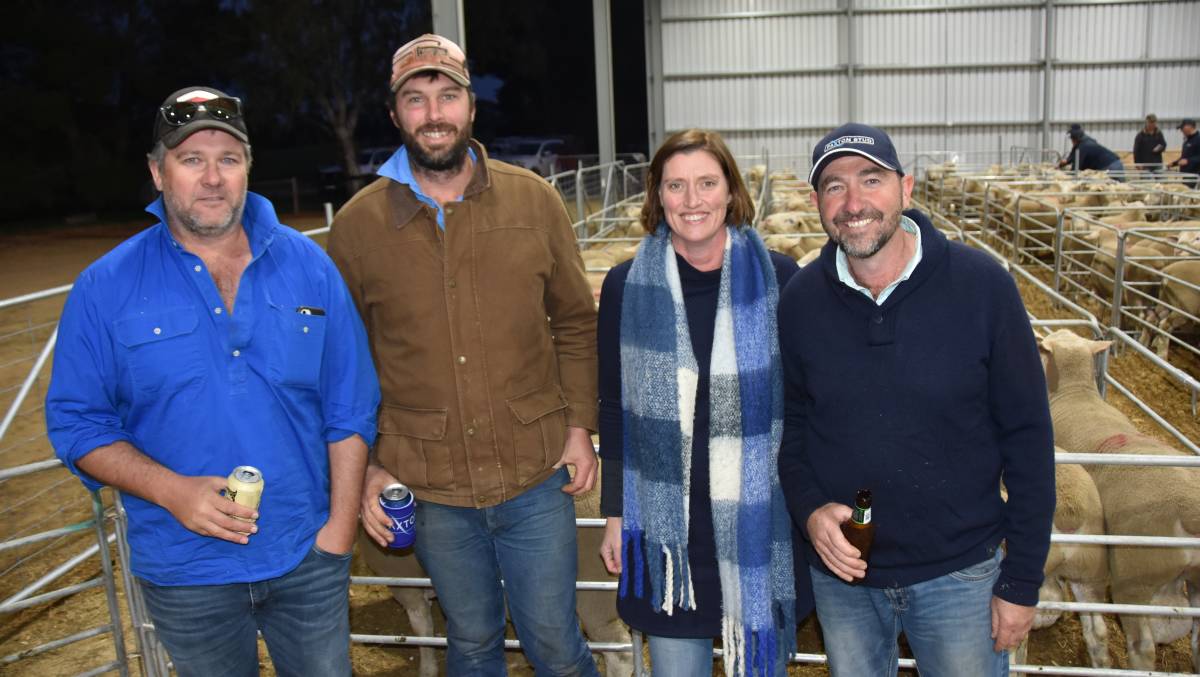 THE averages climbed in both breeds at Paxton stud’s third annual White Suffolk and Poll Dorset twilight sale on Wednesday at Western Flat, as buyers raised their hands high for the high quality on offer.

Stud principals Martin and Kirsty Harvey achieved a full clearance of more than 200 rams, with buyer confidence no doubt buoyed by rain tumbling down outside the shed and the lift in lamb prices in the past month. Of the 42 registered bidders from the Mallee and South East only a couple went home empty handed.

Bidding lifted for lot 66 in the White Suffolk offering which the Harveys had donated to a great cause, an epic journey raising money for the Cancer Council. Brothers, David and Rob Will, Bangham, are participating in the Shitbox Rally driving their $1000 Ford Falcon between Mackay in Qld to Darwin in NT, in spring next year. Their motivation for undertaking the rally was losing their mother to cancer a couple of years ago.

The $1900 paid by NJ&MJ Watson, Lucindale, for the charity lot brings the tally that they have raised to well over $20,000, also receiving strong support from Upper South East businesses.

PPHS also contributed $1000 to their cause.

“Ali (Will) was such a lovely lady and such a big part of the community so when the boys asked us we jumped at it,” Mr Harvey said.

It was one of their three Poll Dorset buys, also selecting two rams at $2100.

The Wills also bought in the top end of the White Suffolk catalogue with four rams for a $2050 average. 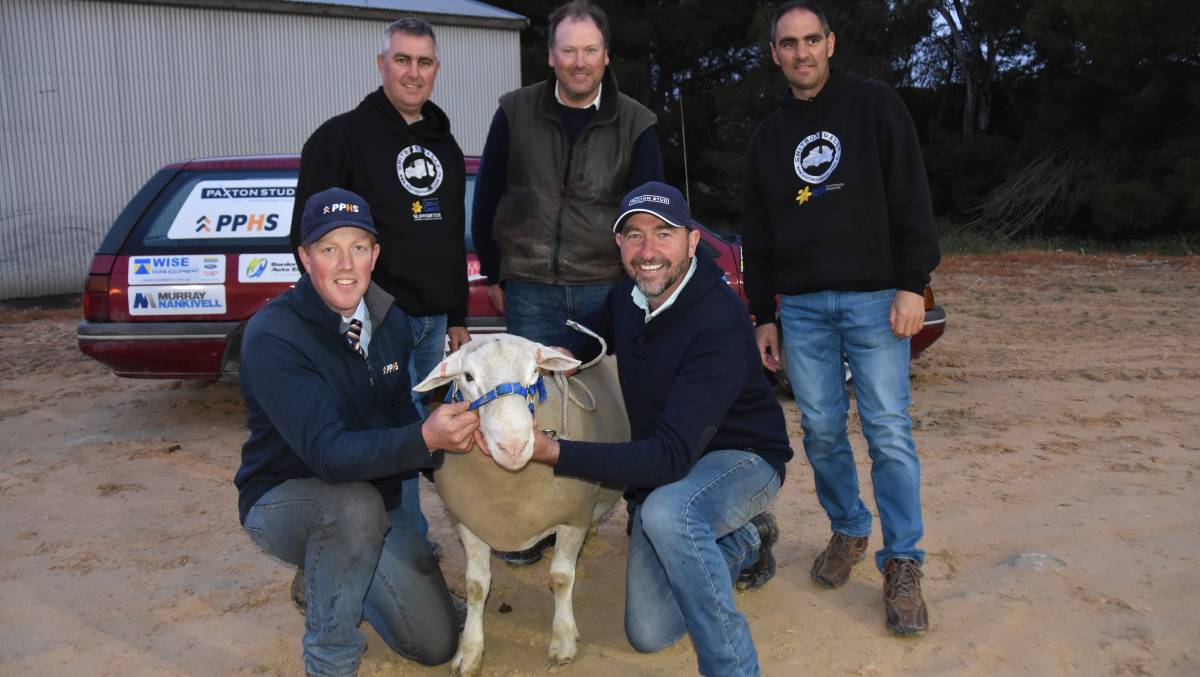 Mr Harvey said the family were “rapt” with the result, especially achieving a total clearance and a large increase in the number of registered bidders at the sale. “It was very pleasing considering the large number of rams on offer within 100 kilometres of here and the lamb job being solid without being spectacular,” he said. “It is quite hard to get new buyers and we got six or seven so that is really pleasing, and we were so pleased with such good local support.”

“When lot 109 and 110 ran in the ring you could see they could stand up in the top half of a lot of other catalogues so they have done a great job of not only getting them up but also breeding them,” he said. “People were still prepared to spend $1200 to $1500 right through to the end which showed that they weren’t far off their brothers at lot 2 and 3 etc.” 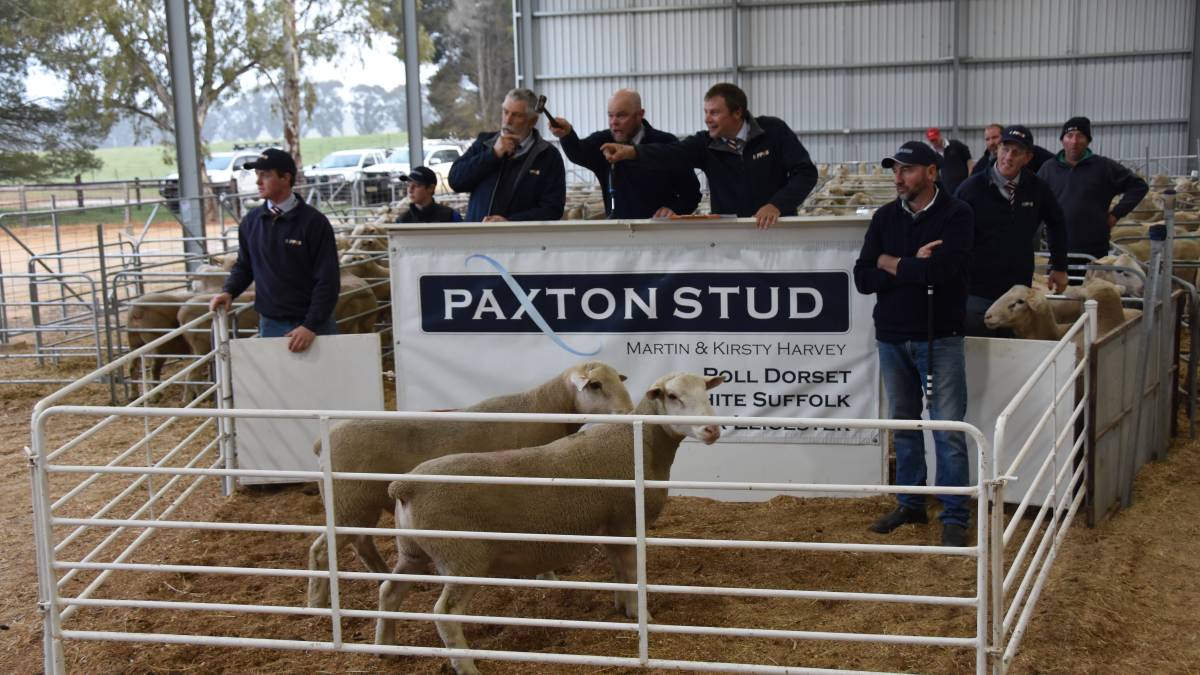