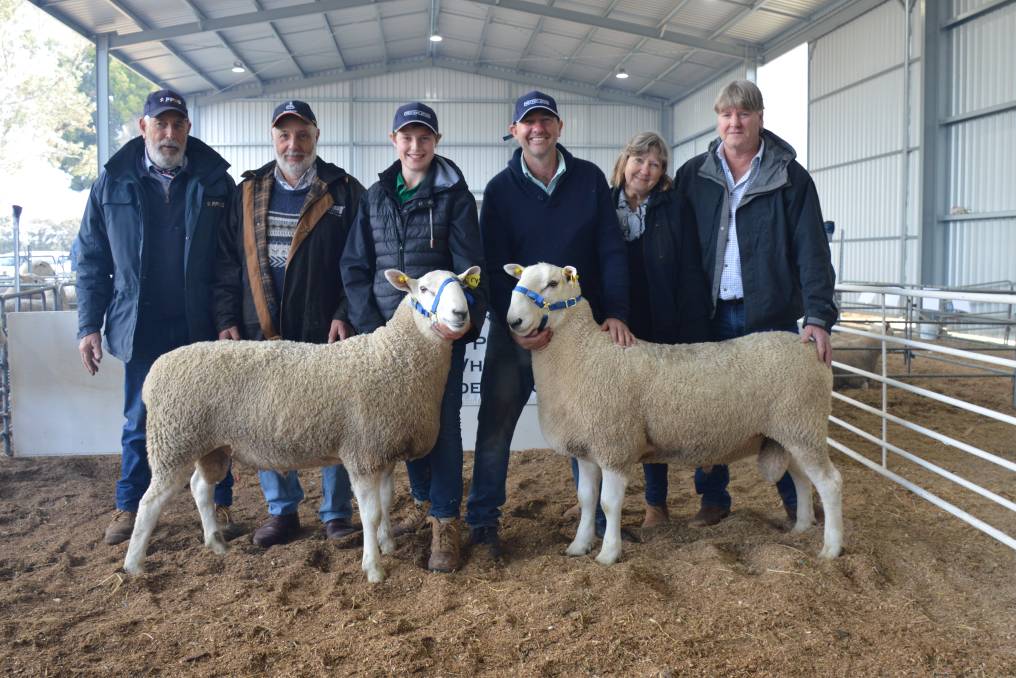 The bids came thick and fast right from the start at the Paxton Border Leicester on-property ram sale at Western Flat on Thursday, setting the pace for the remainder of the sale. It was finished quickly with all 148 rams sold in less than an hour as buyers took advantage of the pick of the pen option from lot 11 onwards to nab multiple rams.

The top price of $4600 was set early at lot one with Glencorrie stud, Sandilands, claiming the July 2019-drop twin son of Inverbrackie 174809.

“I really like the back end and length of body, while it’s got a beautiful head,” he said.

The top price of $4600 was then achieved for a third time at lot for another June 2019-drop twin half brother to lots one and two.

With such a solid start, the auction continued with strength throughout, ending with an overall average of $2642.

Paxton’s Martin Harvey said he even sold another 25 rams privately after the sale, depleting their offering of rams for the season. “I was really pleased with the sheep – we’re trying to breed rams with carcase, which I think was achieved,” he said. “We’re very strong on structural correctness and obviously the way they sold, people agreed.” Mr Harvey said it was great to sell into other studs. “It’s fantastic to get our genetics into other people’s stud flocks,” he said.

He also appreciated the support of returning clients, as well as some new buyers. “The first-cross job is unbelievable and we’ve had buyers do so well, selling on AuctionsPlus or at Naracoorte first-cross sale,” he said. “It’s the biggest buzz to see our clients do well with their progeny.”

In total their five rams averaged $3800.

BJ&DJ Francis, Western Flat, bought nine rams from throughout the catalogue, bidding to $3800 for an average $2778.

The sale was conducted by Pinkerton Palm Hamlyn & Steen with Josh Manser and Luke Schreiber sharing the rostrum.