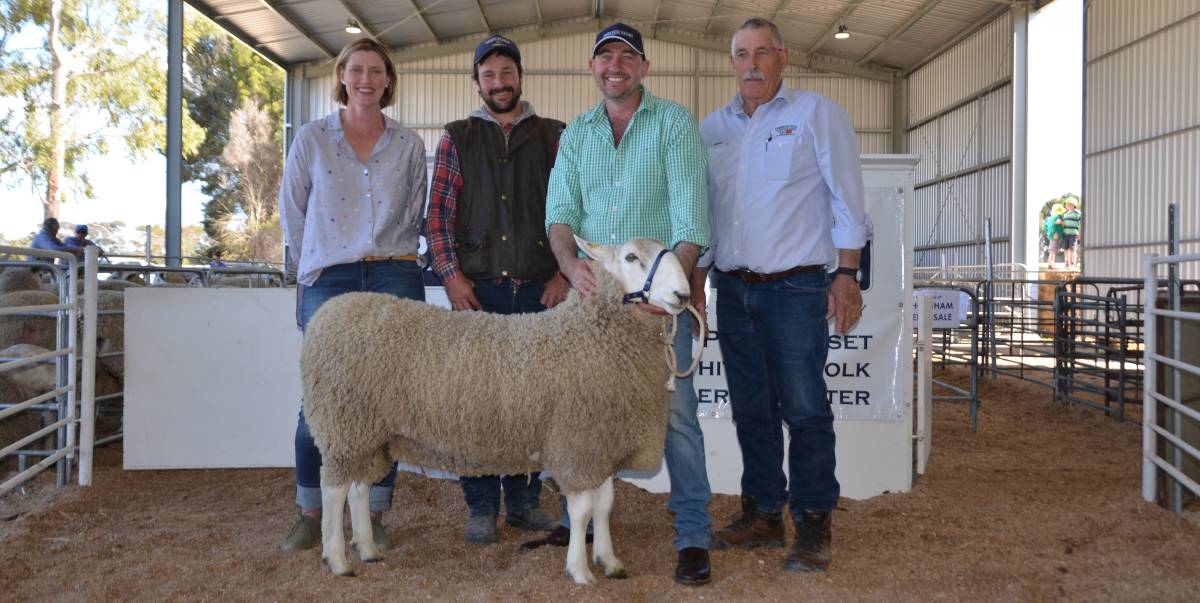 A CONSISTENT line of rams resulted in full clearance and a jump in the average price at the second on-property sale of Paxton Border Leicesters at Western Flat on Friday. The full offering of 150 rams sold to $3200, averaging $2116, up nearly $600 from the average at the inaugural sale last year. As a sign of the strength throughout the catalogue, the top price was paid for lot 47.

The top price ram was bought by McPiggery, Lameroo with manager Duane Simon admiring its “figures, make and shape”. The twin ram, sired by Glencorrie 14457, had a weaning weight figure of 6.8, post WWT of 8.8, pfat of -1, post weaning eye muscle depth of -0.5, yearling WT of 10.7 and a Maternal $ index value of $127.7 – which was in the top 2 per cent of the catalogue. McPiggery bought five rams in total, including three for the second highest price of $2800 within the first 10 lots, averaging $2840.

Mr Simon said he thought it was “as good a sheep as some earlier”, which he had picked up for less money than expected. “We’re trying to breed the best we can for whoever is buying our ewe lambs so we try to buy the best genetics we can on both sides,” he said. As a sign of the consistency and strength of the sale, the average did not drop below $2400 until lot 85, although there was still value buying at the end of the sale and in the mini auction.

Locmaria Farms, Western Flat, bought seven rams to the equal second highest price of $2800, averaging $2600. Treetop Estate, Meningie, bought six rams to $1900, averaging $1800. Paxton stud principal Martin Harvey was “over the moon” with the sale results. “It was a solid sale, all the way through,” he said. “We have an amazing client base and we’re very pleased with the sheep we’re breeding.” Mr Harvey said he was “thrilled” with the full clearance of 150 rams through the auction. “Clearance is king when breeding rams and we want to get them out in people’s paddocks,” he said.

“It’s great to see a lot of our clients do so well at the Naracoorte first-cross sales and it’s great to see our stud name on the placards.” He said the stud had been actively seeking “good carcase rams”, with an emphasis on structure. “We’re putting as much meat as we can in our breeding,” he said. Mr Harvey said from next year they also hoped to begin micron testing and assess wool types, with the recognition that the wool industry was performing well. “The sheep industry, as a whole, is in an unbelievable space,” he said. “First-cross ewes will be sought after for a number of years.” 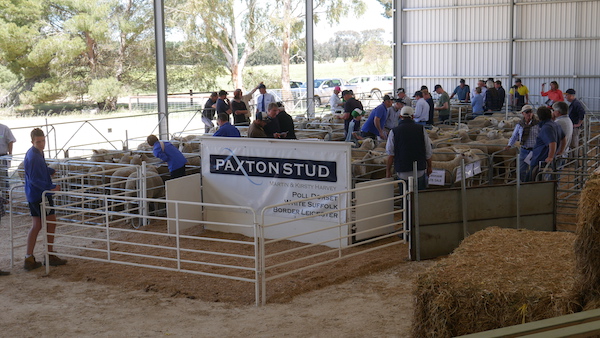 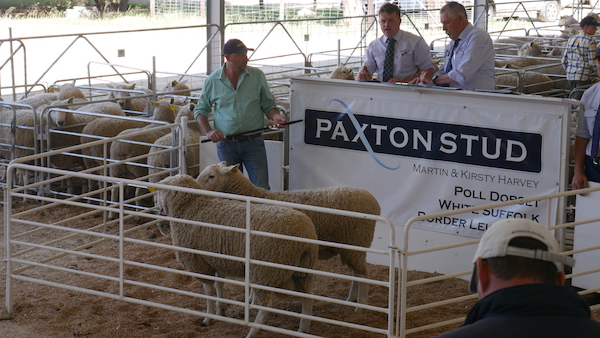 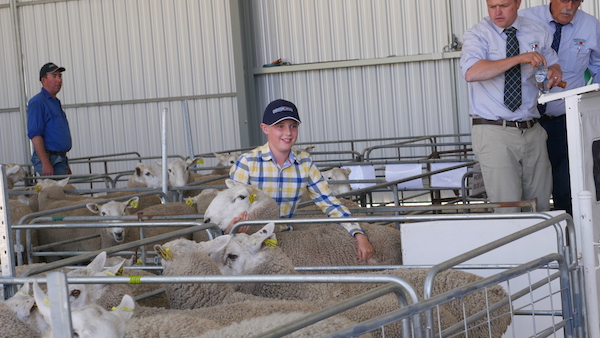 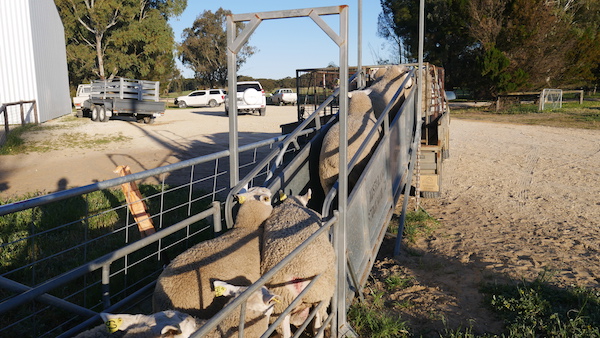 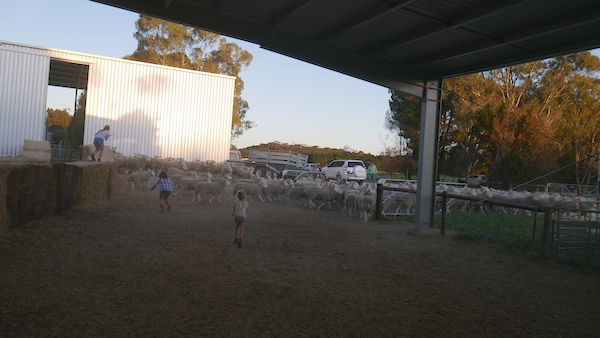 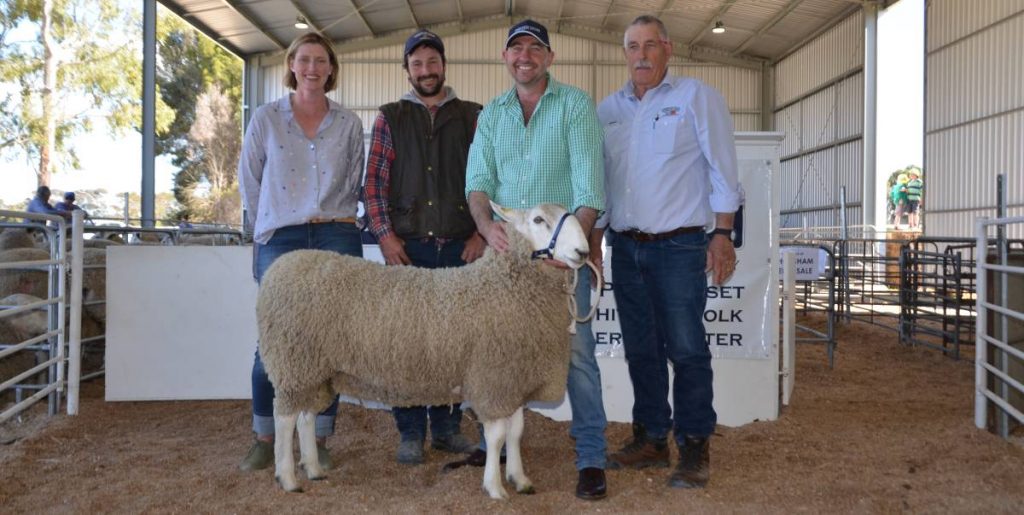